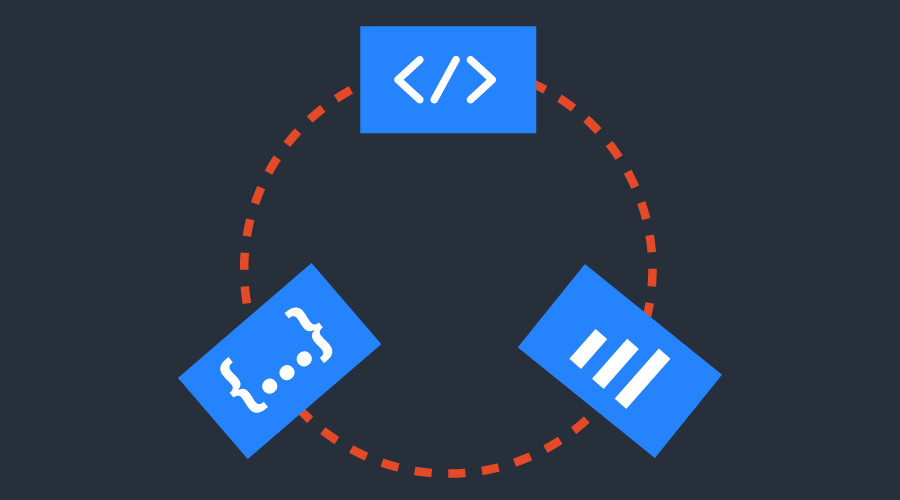 Continuous Integration (CI) and Continuous Delivery (CD) are both concerted efforts to deliver software products faster to consumers by ensuring their operations are painless to manage, with no downtime during deployments that are detectable to the end-user.

They both grew out of the increasing convergence of IT operations with software development tasks, which gave rise to the role of DevOps.

The CD/CI pipeline has proven to be one of the best DevOps practices adopted by development teams in recent times. However, the constantly evolving world of software development means there's no one-size-fits-all.

The agile methodology endeavors to make the application of Continuous Integration and Continuous Delivery flexible enough for each organization to institute it as a best practice.

CI and CD tend to be confusing terms, with the line between the two often blurred in people's minds. But not to worry, because in the next few sections, we'll try to to demystify these concepts by illuminating their uses, advantages, and weaknesses.

The Agile and DevOps methodologies

Good DevOps timelines are exemplified in how they encapsulate CI, CD, and the agile methodology.

The complexity of developing software systems necessitated the amalgamation of software development and IT operations into one comprehensive role.

DevOps, by providing a more streamlined approach, allows organizations to increase their ability to deliver products and services at a faster pace.

Automation and testing is used to glue the disparate parts together.

For instance, the hallmark of a well established DevOps system with mature CI/CD practices is that they usually allow the option of continuous, automated deployments with the tested code changes running through the CI/CD pipeline automatically, then subsequently passing the executed builds to production.

Agile is an approaching to project management that is mostly adopted in software development teams. The method is designed to help these teams adapt to the unpredictable nature of developing software applications.

Agile's iterative approach provides each software team the framework and flexibility to discover how best to address problems through organic collaboration between cross-functional teams.

The Agile Manifesto seeks to place the customer satisfaction at the epicenter of activities. Its principles are embedded in CI/CD practices, especially through the "continuous delivery of valuable software."

Others include the commitment to "deliver working software frequently … with a preference to shorter timescale."

What is Continuous Integration (CI)?

Software development usually entails several programmers working on the same code or various aspects of the same product, at once.

CI is a practice that involves frequently integrating the code of the developers working on a project into the main branch of the shared repository as often as possible.

While it is a coding philosophy, a set of practices also underpins the Continuous Integration pipeline in order to make it feasible.

A core practice of CI is the use of a capable version control system that easily allows small and frequent modifications of code to be checked into a shared repository, while religiously tracking minute changes to codebase.

Although testing, especially automated testing, is inextricably linked with CI, it isn't a requirement.

However, it is one of the guiding philosophies of CI that has since turned to gospel. Before a developer's changes can be merged into the main branch, the code is first validated through a build sequence and tested.

The process of creating a build, along with running automated and integration tests on it ensures that the code about to be introduced doesn't conflict with or negatively impact those of other developers working in parallel.

As an agile best practice, it is advocated that CI be done on a daily basis, even multiple times a day.

The rationale behind CI is that it is much easier to identify bugs, software quality defects, and other host of product issues on smaller, incremental code deferentials; rather than on huge codebases developed over a considerable period of time.

Furthermore, the possibility of several programmers working on and editing similar slices of code within the timeframe of shorter commit cycles and causing merge conflicts is much lower with CI.

Collaborative work: CI allows multiple development teams to work in tandem with each other more effectively. This nimbleness ensures the product can meet the evolving needs of a changing market.

Decreasing risk: CI reduces risk, especially during releases.The CI/CD pipeline implements continuous testing using automated regression (to ensure that code that was previously functioning properly hasn't been broken by the new deployments), integration, and a host of other executed tests.

Easy to follow: Because the difficult processes involved with preparing code for deployment have been abstracted, thanks to automation, it is more likely for members of development teams to buy-in and commit their code changes more frequently.

What is Continuous Delivery (CD)?

The software development practice of CD ensures software is always kept in releasable mode. As a natural extension of Continuous Integration, CD ensures that changes made to a software application are made available to the customer immediately.

The reality of modern software development is that most programmers work with multiple tools and environments that are different from their organization's test, development, and production system. CD ensures their is a streamlined and automated way to push code to these different and disparate systems without unleashing chaos.

CD guarantees that the software releases are done in a sustainable manner. Therefore, in addition to the automated tests employed in CI, automated releases are equally required to make the process viable.

The advantage of automating the release process is that can it encapsulates a constellation of processes in such a way they can be performed with one click of a button, or issued with a simple command.

Theoretically, software can be deployed into the CD pipeline at whatever rate desirable, whether daily, weekly, or monthly releases. However, for organizations to reap the full benefits of CD, it is advisable for them to release smaller batches as early and as frequently as possible to production, because it makes it easier to troubleshoot problems in smaller batches in case issues arise.

Continuous Delivery is often used interchangeably with Continuous Deployment, but with the latter, releases occur automatically without manual intervention.

With Continuous Deployment, any change, as long as it has moved successful through the CD pipeline is released to automatically to customers. This doesn't require manual intervention, so the only thing that can stop a released deployment from going to production is a failed test.

CI has become widely embraced in the software development lifecycle because of its demonstrable benefits.

These following have made Continuous Integration a darling of DevOps:

Continuous Delivery brings a lot of benefits on its own, in addition to those that flow from its association with CI

Continuous Delivery (CD), occurs after the CI process has ended but is accompanied by its own set of challenges:

Are CI or CD right for your business or organization?

If you happen to be in a fast-paced, highly innovative industry or market, then CI/CD is the right choice for you. Or, if you simply want to nimby respond to customers needs, then CI or CD is equally the best bet.

CI and CD have been widely implemented and verified as an agile methodology best practice that allows software development teams to hone in on their core functions such as addressing business requirements, meeting code quality, and implementing security features.

Therefore, if you want to relieve the burden on your DevOps team from worrying about extraneous issues like integration and deployment steps, then strongly consider CI/CD since they have automated these processes.

As mentioned earlier, the developer, test, and production environments cannot realistically always be expected to be entirely monolithic in this time and age. CI/CD helps to ensure the environment parameters specific to each system that must be stored prior to delivery are adequately packaged for deployment.

Other benefits provided are "housekeeping services" which the automation wrapped around CI/CD handles, like the necessary processes that need to be followed when services are restarted, or applications are deployed such as making required service calls to say, databases or web servers.

Continuous Integration and Continuous Delivery work in tandem to bolster the DevOps capabilities of an organization.

The focal point of Continuous Integration is to make the release of software products easier by providing a reliable, consistent, and automated process to build, package together, and test software applications.

Continuous Delivery collects the code stored in the shared repository and continuously deliver it to production.

CI and CD are validated by continuous testing mechanisms, which helps fulfill their objective to delivery quality software, enabling organizations to burnish their image to customers by virtue of providing relatively bug-free applications to end-users.

The Differences Between SCA, SAST and DAST

We dive deep into the key security terminology used to represent the most common types of vulnerability scanning tools used to reach this goal. Let’s talk about SAST, DAST and SCA.

The best thing for the advancement of DevOps is having source code that is openly distributed and freely modified. Here’s our take on some of the best open source DevOps tools.

Static application security testing, or SAST, is a common testing methodology that helps analyzing source code and pinpoints software flaws and vulnerabilities. Read our guide to find out more about it.